A clinical study for patients suffering from carpal tunnel syndrome is currently being carried out in India at a renowned accredited centre for clinical research.
The study is entitled ‘A Prospective, Randomized, Controlled Arm Study to Evaluate the Effectiveness of CarpaStretch® device as a Non-surgical Treatment in Patients with Carpal Tunnel Syndrome.”
This study was approved by the Institutional Ethics committee, and initiated in March 2015.
So far, 45 patients suffering from carpal tunnel syndrome have been enrolled into the study. On obtaining informed consent from eligible patients, they are randomized to either receive the CarpaStretch® device or a standard of care (i.e. a splint along with medication) for one year.
A few patients have completed six months in the study. In November 2015, a pro tem review of the data was conducted.

The review highlights the following (CarpaStretch® compared to conventional therapy): 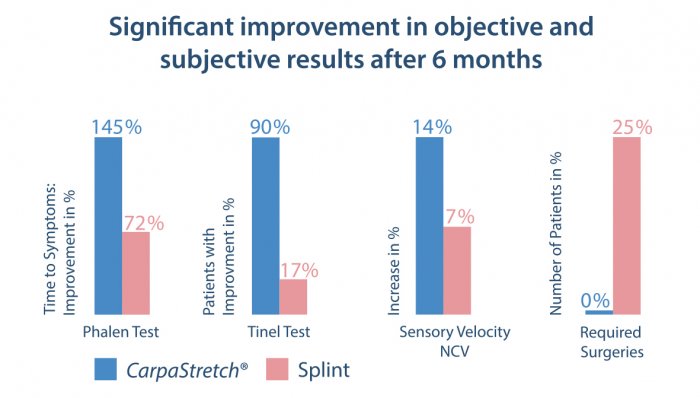